Both the sea ice thickness and sea ice area have fallen to new record lows for this time of the year (22.11.2015), even surpassing all of the worst previous years. 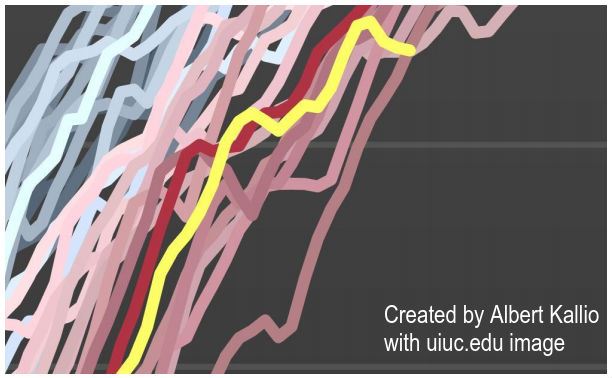 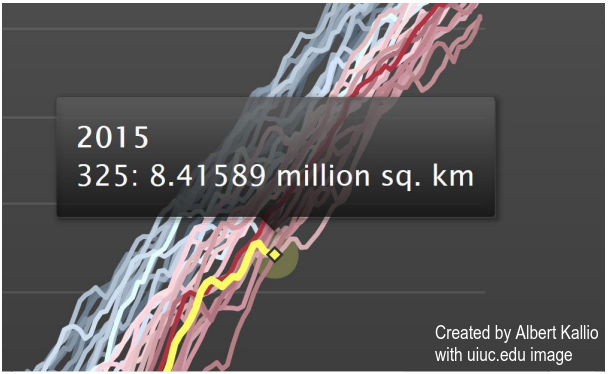 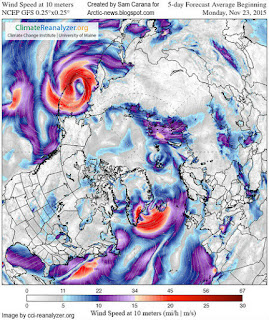 Jet stream is wavy and strong, showing speeds as high as 219 mph or 352 km/h (at location marked by the green circle). Right panel shows cyclonic winds between Norway and Greenland speeding up movement of sea ice into the North Atlantic.

Forecasts indicate that conditions could continue. The 5-day forecast on the right shows strong winds in the North Atlantic. Note also the cyclonic winds outside the Bering Strait.

Temperatures over the Arctic are forecast to remain much higher than they used to be, with anomalies at the far end of the scale over a large part of the Arctic Ocean showing up on the 5-day temperature anomaly forecast below. 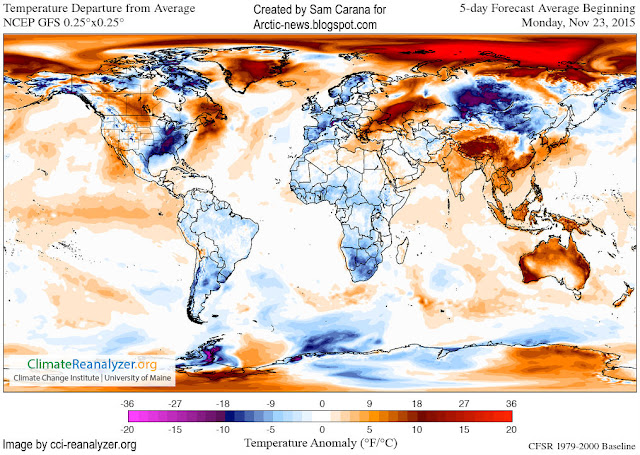